I’d like to begin by giving big shout outs to Adam Sarhan, Joe Cross, Orange Theory Fitness, and Beth Marconi all of whom have played major roles in helping me do a complete 180 with my mental and physical health since late last year.  If you follow me on Twitter you already have an idea of why they’re getting shout outs but let me give you a little background.  Toward the end of November of last year things began to spiral out of control for me.  I was frequently stressed and depressed.  I was in the worst shape of my life.  I was overweight, weighed close to 190lbs (186 to be exact), and started getting sick frequently.   I developed a combination of skin problems and to top it off, I had a general lack of energy and was starting to get depressed.  Something had to change and change quickly because I was headed down a dangerous path. 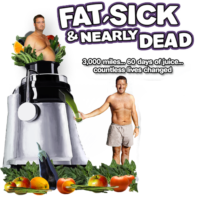 My wife and I stumbled upon a documentary called Fat, Sick and Nearly Dead by Joe Cross.  He was a  successful futures trader on the Australian exchanges and had the lifestyle to back it up.  He over indulged in everything and it lead to obesity (+280lbs), multiple skin problems, and a general feeling of sluggishness.  He decided that he would turn things around by shifting to a plant based diet, cutting out the garbage (mainly processed food), and he’d start out by doing a 60 day juice fast….SPOILER ALERT….by the end of the movie Joe dropped over 80lbs and was just about off his medication.  All thanks to eating more of the good stuff (fruits and vegetables) and less of the bad.  This gave me the inspiration I needed.  While I haven’t tried a juice fast yet, I do juice 1-2 times a day and have moved to a mostly plant based diet. I am feeling better than I have in years!

The Best 1hr Workout in the U.S.A.

An Orange Theory Fitness center opened near my home about a year ago.  I didn’t give it much thought until hitting rock bottom in November…then I started researching it and the reviews were impressive.  They had what many were calling “the best 1hr workout in the country.”  Great, I thought.  I’m pressed for time as it is.  If I can get a great workout in only an hour, I’m game.  I showed up for my first trial session.  They hooked me up to a heart monitor and I’d be able to monitor my heart rate throughout the class.  The “Orange Theory” is that if you keep your heart rate within a certain zone for more than 13 minutes during this 1hr workout, your body will experience an “after burn” effect that will help you burn calories at a higher rate for an additional 24hrs.

Everyone in the center does the same workout but everyone can tailor the workout to their own fitness level.  When I started, I was in the worst shape I’d ever been in.  I am someone who has run 2 marathons (2008 and 2010 NYC Marathons) and at this point I was lucky if I could run around the block.  I took things slow and in my first session I saw that I had racked up over 40 minutes of being in the +orange zone.  I asked the trainer if I was on pace for a heart attack and thankfully she said that I wasn’t.  This just meant that I was out of shape (no big surprise there) and as time goes on, it would become more and more challenging for me to rack up time in the orange zone.  As of now, I’m averaging between 20-30 minutes in the orange zone.

LEVItrade to the Next Level

To truly transform your well-being, it takes more than just diet and exercise.  I needed to get my head straight.  Serendipitously, a long time follower of this newsletter and of ChartYourTrade Beth Marconi, reached out to me with a new business she was creating called Levitrade.  The idea of her program is that in order to trade well and achieve peak performance, all other aspects of your life need to be in harmony.  It’s tough to focus on the markets and trade well when you’re sick, depressed, sluggish, and generally out of sorts.  Her program helps flesh out the root causes of many of the problems we’re facing and figures out how to tackle them one at a time.  Aside from improvements in diet and exercise, one of my main problems was having the metaphorical plate being way too full.  I have a full-time job outside of the markets, a rapidly growing business in ChartYourTrade that had become a 2nd full-time job, my own personal trading, a new baby girl who is indescribably wonderful, and trying to maintain things at home and with family.  I felt as though I was being pulled in a million directions and my wants and needs were misaligned and my priorities were out of whack.

Beth’s Levitrade program not only helped me stay on track with my diet and exercise program, but also helped sort through my daily routines, overcome obstacles, create efficiencies, organize, prioritize, and get things done.  I gained insight into the obstacles I was facing and was given solutions on how to overcome them.  I’m grateful to have been her guinea pig and it came at the perfect time.  She custom tailored her program for me and worked with me for 6 straight weeks.  When the program was complete I was given a personalized roadmap for how to continue and stay on the the road of success.

Out of Weakness Comes Strength

At the end of November my stress levels hit an all-time high.  As noted earlier, I have a full-time job outside of the markets, a rapidly growing business in ChartYourTrade which had grown to the level where it became a 2nd full-time job, a new daughter, family, and household obligations.  My plate was full and I was being pulled in a million directions.  With so many things taking off at the same time, some may call it a “high quality problem” and I suppose it is, but I felt as though time with my family was suffering and it was a major source of stress.  THANKFULLY, long time friend and business partner Adam Sarhan came to the rescue.  We had discussed formally merging for a long time…our styles are very similar (Adam has gone through the full CANSLIM circuit), we see markets the same way, and I’ve learned a ton about trading, position sizing, market psychology and more.  The time had come to merge.  Doing so gave our subscribers an even better product with Find Leading Stocks Advanced Reports which offers more than just market analysis and stock picks.  It provides a model portfolio with exact entries and exits, and access direct to Adam to bounce ideas off of.  It turned out to be a win, win, win across the board!

December 1st seems like a lifetime ago and I feel like a new man.  In the past 3 months I have dropped over 25lbs and now weigh 159lbs.  I am far more energetic, have a positive outlook, mental clarity, and am eating healthy regularly.  My priorities are straight with my family coming first, I’m spending far more time with them, and my stress has is back down to manageable levels.  I felt compelled to share this with you and I hope you were able to get something out of this story.  If you have questions or comments, please leave them below.  I look forward to providing you with all things trading and together, we can truly achieve more. 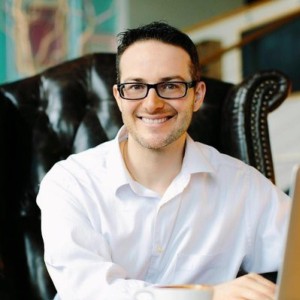