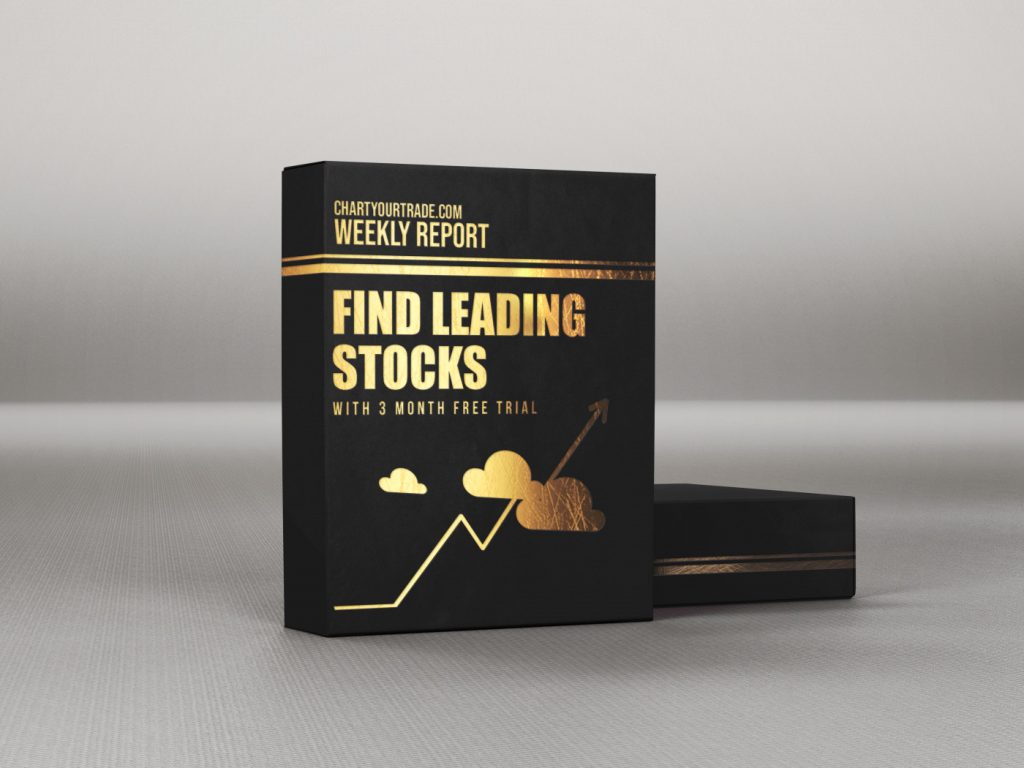 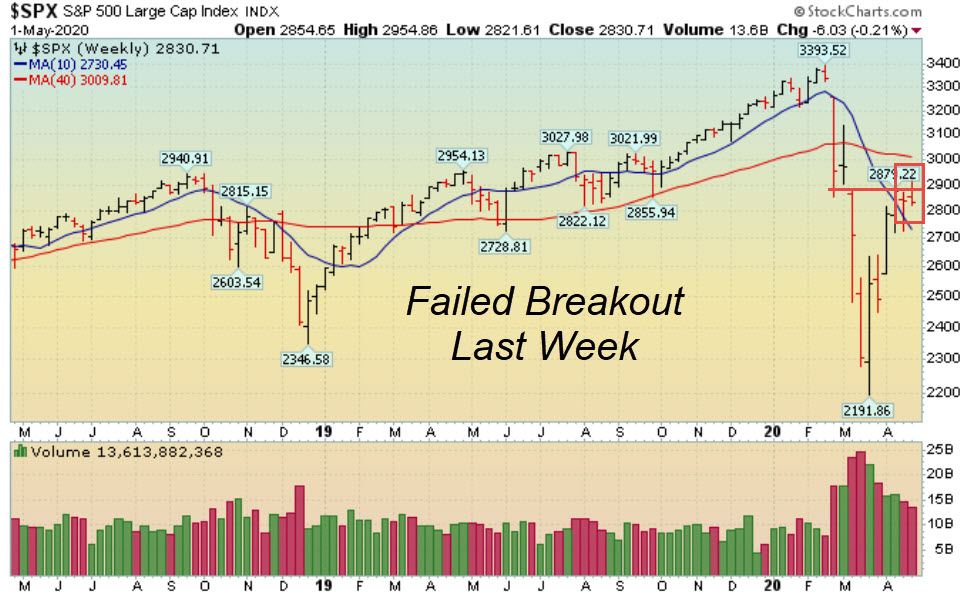 Last week was an ugly week on Wall Street. The market broke out of its latest trading range and rallied sharply in the first half of the week but sellers showed up in the second half, erased those gains, and negated the breakout. The market vaulted nearly +13% in April 2020, making it the strongest month since 1987 and the third strongest month since World War II! Normally, a 10% rally for the entire year is considered “average” and the market vaulted nearly 13% in a few weeks! At this point, the market is clearly extended to the upside and due to pullback to consolidate that very strong advance. The key now is to analyze the health of this pullback to see if it is a normal pullback or something more severe. Watch the 50 DMA line for the major indices as that is the next important area of support you want to see defended.

Stocks rallied nicely on Monday after several states and countries around the world said they are getting ready to reopen. States including Alaska, Georgia, South Carolina, Tennessee and Texas are beginning to allow restaurants and other establishments to serve customers and Ohio Gov. Mike DeWine said consumer retail and services can start reopening on May 12. In other news, overnight, Japan’s Central Bank said they will expand their easy money program which helped send stocks higher. On Tuesday, stocks opened higher but ended lower after the Nasdaq and several leading stocks fell. For the past month, the Nasdaq and Nasdaq 100 has led its peers but money moved out of those names and into lagging areas (like the Small Cap Russell 2000). After Tuesday’s close, Alphabet (Google’s parent company) reported earnings. Separately, Pfizer said it might have a vaccine ready by the fall. That sent futures higher overnight. Stocks exploded higher on Wednesday after Gilead said early results of remdesivir showed improvement during the drug trial. In the afternoon, the Fed concluded its latest meeting and said it is ready to do more to help the economy, if needed. Before Wednesday’s open, the government said US GDP contracted by -4.8%, missing estimates for a decline of -3.5%. After the close, several well known stocks reported earnings such as Tesla, Facebook, and Microsoft, just to name a few.

Stocks fell on Thursday which was the last trading day in April. April 2020 went down in history as the third best month for the market since World War II. The market jumped 12.7% which is a very strong amount for one month. After the close Amazon and Apple reported earnings and both stocks fell in after hours. Stocks fell on Friday as investors digested a very strong month.

Market Outlook: Flood The System With Liquidity
Global governments and global central banks stepped in with massive rate cuts and other “aid” packages to help “stimulate” both Main Street and Wall Street. So far, it is working as intended. As long as March’s lows hold, the market will likely move sideways to higher. On the other hand, if March’s lows are breached, then look out below. As always, keep your losses small and never argue with the tape.