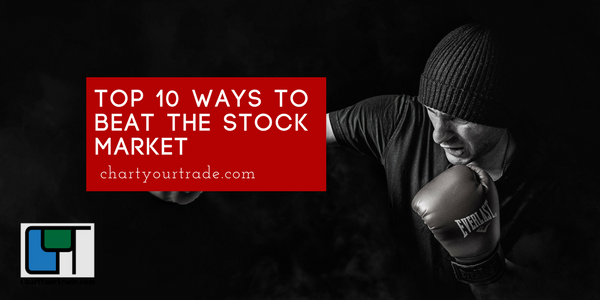 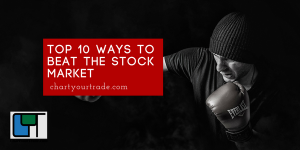 I believe that making money in the market requires doing what is hard. Often, when your emotions are telling you to take one course of action, you have to go the other way. Here are 10 hard, but necessary, things to do if you want to beat the stock market.

1. Take losses when you are wrong

No one likes to take a loss but losing is part of making money. You have to recognize that the stock market can not be predicted with 100% certainty and accept that being wrong is ok. When the market proves your decision wrong, take the loss!

2. Let profits run when you are right

Never be satisfied with a trade unless it returns you at least twice what you risked on the trade. Of course, more is better; one trade that returns 10 times your risk will pay for 10 losers. Our natural tendency is to fear letting our winners turn in to losers and so we are quick to sell our winners at the first sign of weakness. But realize that is what most people are thinking which means trends will start with a lot of back and forth moves because many investors lack commitment. It is only after a sustained trend upward that the fear diminishes and the trend really starts to accelerate. That is where investors can make the most money, if they stay in the stock long enough to enjoy it.

3. Buy when there is panic selling

The emphasis here is on panic selling, where the overwhelming pessimism has people accepting prices that make no rational sense. Don’t confuse a bear market with panic selling; weakness is not a reason to buy unless it is motivated by panic. Contrarian investing is only effective when emotion causes stocks to be mispriced and that comes with panic selling.

4. Sell when there is irrational buying

When the mass media is espousing the virtues of an investment, when people who know less than nothing about investing are dumping money in to the market, it is probably time to be a seller. If the upward trend goes from being linear to a curve, watch for signs of weakness as the upward trend is nearing its end. At this point, volume will often be much higher than normal and it will seem as though the stock can do nothing wrong.

Most of us judge our success one trade at a time. Trading is a probability game; you will not make money all of the time so why beat yourself up over a few losses? The only way to judge success is by the amount of money in your account over a large number of trades. Don’t even judge success by how often you are right, it is only about how much money you make over a large number of trades.

6. Test before you trade

To make money in the market, you need a strategy that has an edge. Don’t make investments on a hunch or what someone else tells you to do. Make investments based on a set of rules that you have tested and proven to be successful. Every great trader has a formula, what is yours?

Average is what most people are doing; do you want to be average? It is only a small percentage of the population that has most of the money and they are making it from the largest group. If you want the money to flow your way, you have to be ahead of the crowd, do things before it is popular.

The mainstream media seems to do their big features at or near market tops. If a media outlet has a large audience then their information is going to be priced in by a large number of people. Always remember that it is only a small number of people who beat the stock market which means if you are doing what the large numbers of people are doing, you are probably on the losing side. Going against the headlines will often be the winning strategy.

9. Don’t find comfort in the news

You buy a stock on a tip, based on a trading strategy or maybe after some in depth research. The stock goes down and the market tells you that you made a decision that was wrong. Rather than take the loss, you dig in to the news and find a reason to hang on. Perhaps it is that there are more results coming or that management has a proven track record. Any bit of fundamental information to justify holding the stock when the market tells you not to will help you avoid that negative feeling of taking a loss. Remember, the market never lies and the collective opinion of investors is based on all the information you are looking at. If what you are using to justify the hold is such good information, why are others selling?

Investors have a tendency to get more sophisticated as they lose money. If there set of rules are not working, they add more rules. However, it is not usually the rules that are the problem; it is the application of the rules. People who make money keep it simple but work very hard at being disciplined and unemotional. Easy to say, hard to do.

If you liked this post, check these out as well: 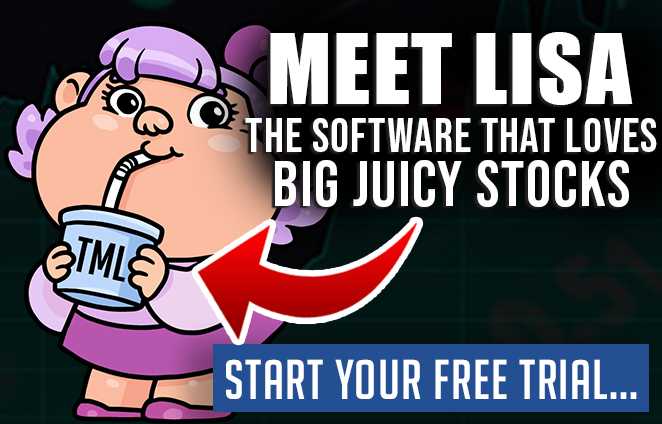 Disclaimer: All communication from FindLeadingStocks.com is general in nature and for educational and general informational purposes only. Under no circumstance should it be considered personalized investment advice. All our work is general in nature and not specific to any one person. All the information on this site and/or that originates from us, or any of our partners or affiliates, is for educational and informational purposes only and is NOT a recommendation to buy or sell anything. To avoid any conflicts of interest, we do not have a working relationship with any of the companies mentioned in our work. Furthermore, we may have a long, short, or no position in any, or all, of the names that appear in our work and they may change at any time without notice. Investing and trading in capital markets or using margin carries a high level of risk and may not be suitable for all investors. Leverage can work against you as well as for you. Before you decide to invest or trade in capital markets you should carefully consider your investment objectives, level of experience, and risk appetite, among other factors. The possibility exists that you could sustain a loss of some, all, or more of your initial investment and therefore you should not invest money that you cannot afford to lose. You should be aware of all the risks associated with capital markets, investing/trading, and seek specific investment advice from an independent financial advisor and other professionals. Remember all the information we provide is for educational and general informational purposes only and is subject to change without notice.