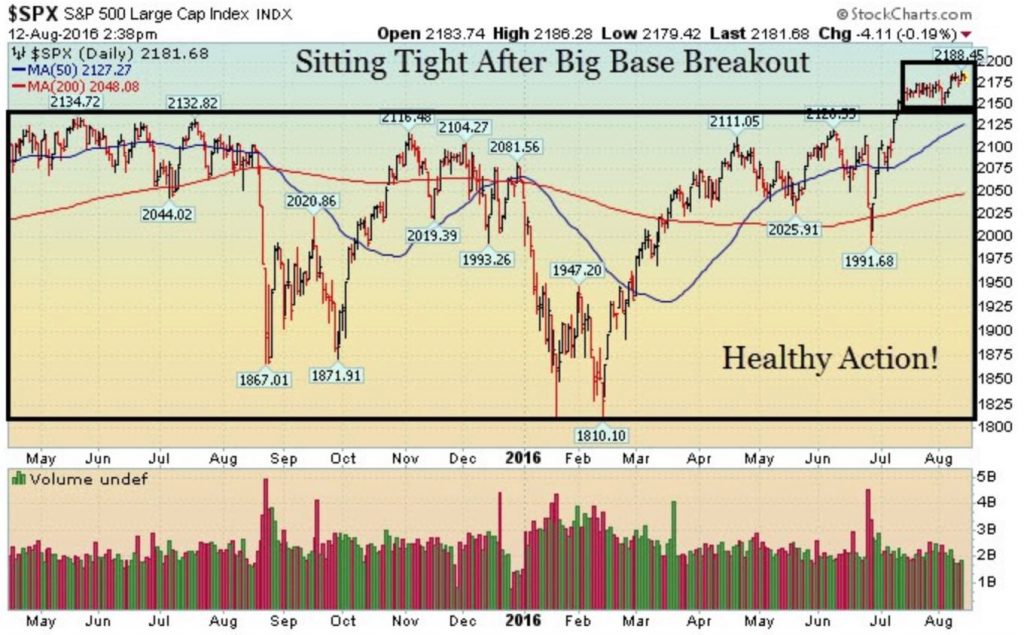 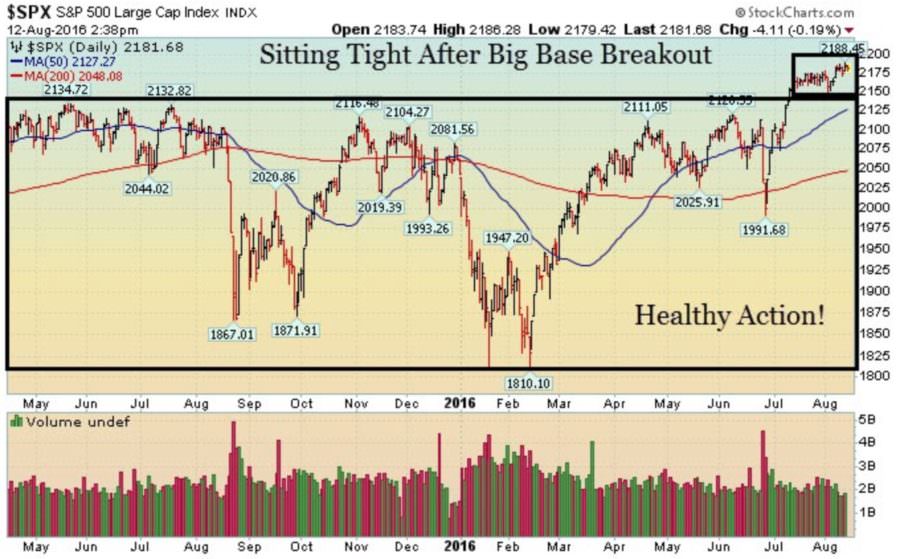 This very strong bull market continues as the major indices all hit fresh record highs last week for the first time since 1999! In the short term, the market is extended up here and due to pullback after a very strong 8-week ~10% rally. It is also bullish to see that there remains virtually no selling underneath the surface. The very strong and bullish mini sector rotation continues which bodes well for this market. The intermediate and longer term trends also remain up which is very bullish.

Earlier this year, the market had every chance in the world to fall and top out. Instead, in January and February the bulls showed up, defended support, and sent stocks soaring to new highs. The fundamental driver has been easy money from the Fed and other global central banks.  Since the historic March 2009 low, that has been “the” bullish driver for stocks.

Earnings are literally in a recession. Who cares? Buy stocks. Economic data remains lackluster at best. Who cares, buy stocks. I can go on and on but I hope my point is made. I’m not here to fight or argue with the market. All I’m here to do is shed light on what the market is actually focusing on. This is not “normal” and eventually this big experiment will end. Until it does, I’m very happy to be long and ride this market higher!

Looking forward, the bulls remain in control until support is breached (former chart highs: Dow 18,351 and S&P 500 2,134). The next level of support to watch after that is their respective 50 day moving average lines. The fact that the market pullback only lasts a few days, signals strong investor appetite for stocks.  Since Brexit, we have noticed the market open lower in the first half of the week then rally and close higher during the latter half of the week. On a weekly basis, that is considered a positive reversal and very bullish. Until support breaks, the short, intermediate and long term trend remains up for Wall Street.

A Closer Look at What Happened Last Week

On Monday, stocks slid as oil jumped nearly 3% and bounced from oversold levels. Oil bounced after rumors spread that OPEC members are talking about freezing production. Remember, the last time that happened, was in mid-February and oil surged – even though OPEC never freezed production. Technically, oil is just bouncing from deeply oversold levels. Economic data remains light all week. July retail sales will be released Friday.

Stocks were quiet on Tuesday as economic and earnings data remained relatively thin. Few well known retail stocks fell after reporting disappointing same store sales. Most retail stocks have been in steep downtrends/under-performing badly over the past year or so as consumers shift to online shopping. Amazon (AMZN) has been the key beneficiary of that shift and continues to be a monster stock. In M&A news, Wal-Mart (WMT) said it would buy Jet.com (Amazon’s largest competitor) for $3B to help improve its online experience and access a broader audience. Stocks fell on Wednesday which is perfectly normal after such a strong rally. Oil prices fell which dragged a slew of energy stocks lower. Before the open, Michael Kors ($KORS) reported earnings and beat expectations on both the top line and bottom line but the stock fell 3% on future guidance. Separately, Ralph Lauren ($RL) gapped up after the company reported earnings.

Stocks rallied on Thursday, helping the major indices hit fresh record highs. Macy’s (M) and Kohl’s (KSS) were some of the stocks that gapped up after reporting their Q2 results. Shares of Shake Shak (SHAK) gapped down after earnings were announced. Economic data remains mixed. U.S. import prices unexpectedly edged higher in July. Import prices increased by 0.1% in July after an upwardly revised 0.6% reading in June. The Street was expecting import prices to slide by -0.3% in July after a previously reported +0.2% advance in June.

In other news, weekly U.S. jobless claims slid to 266,000. Stocks fell on Friday after the government said Retail Sales were flat, missing estimates for a slight gain of 0.4%. On Thursday, Macy’s said it will close 100 stores which was their way of telling us that retail sales are still weak. Overseas, the euro area said GDP rose by 0.3% in the second quarter which matched the Street’s estimate. Stepping back, economic data is blah at best which means, easy money is here to stay for the foreseeable future.

Stocks are strong. The market finally broke out of its very long trading range after Brexit and ahead of earnings season. The fundamental driver continues to be easy money from global central banks. Economic and earnings data remain mixed at best which means easy money is here to stay. As always, keep your losses small and never argue with the tape.