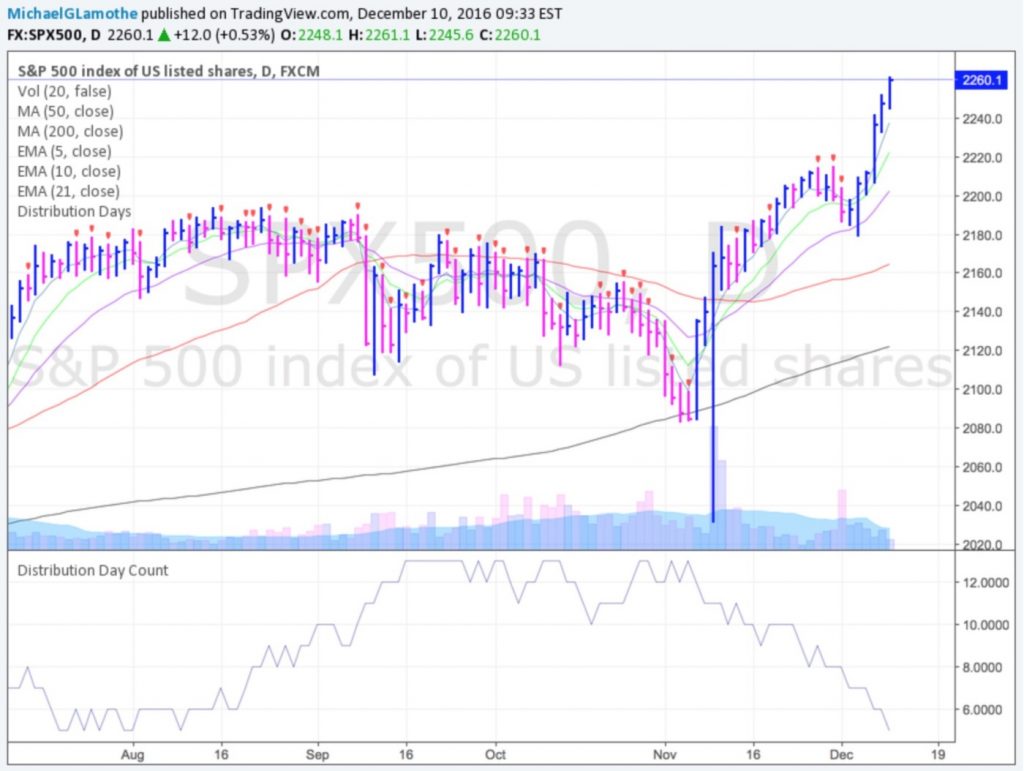 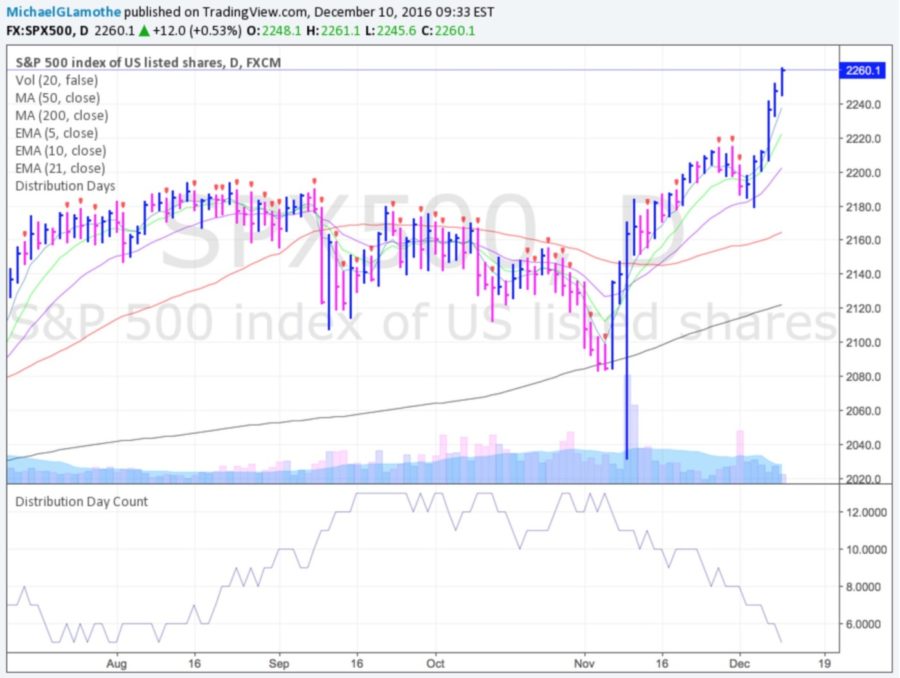 The melt-up continues as the market simply refuses to fall or even pullback and that strength needs to be respected. We know way too many people who are trying to fight this very strong bull market – to no avail. Last week, we wrote about the fact that the market was getting in trouble because the Nasdaq 100 erased its entire post election rally. Clearly, someone is reading, because, once again, global central banks stepped in and saved the day!

Last week, the ECB extended QE (print more money) by 2.4 trillion euros. That is not an insignificant sum! The annual chart of the market is very strong and this rally looks like it will continue for the near future. Just a quick note of caution, once bull markets do not top out when things look bleak, they top out when everything looks great. Also, as mentioned earlier this year we could enter a blow-off top which means stocks could just surge like they did in 1999 (and prior tops) until the market loses steam and we see sellers emerge.

On the positive side of the spectrum: financials, transports, steel, and industrials continue to lead. Keep in mind, we are approaching the end of the month, quarter, and year – which is a seasonally strong period for the market. Looking forward, the market is looking forward to the Fed meeting on Dec 13-14. It is a largely a foregone conclusion that they will raise rates by a 0.25. In the short term, markets are very extended and we would be remiss not to note that a pullback would be extremely normal and healthy at this juncture. 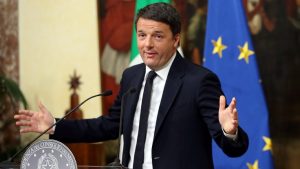 Stocks rallied on Monday after Italy voted “no” on their referendum to reform the constitution. Italy’s Prime Minister, Matteo Renzi, resigned after his party lost and the “no” vote won. Overnight, futures were down slightly but they turned higher as the euro reversed from a big loss on the news.

Stocks soared on Wednesday one day before the ECB meeting. The fact that stocks soared one day before Draghi announced more easy money may lead some to question whether or not the information was leaked. Eitherway, Financials, Steel, & Transports, were some of the areas that led the market higher. Overnight, India’s central bank unexpectedly kept interest rates unchanged. The benchmark repurchase rate stayed at a six-year low of 6.25%. Time magazine named Donald Trump The Person Of The Year. 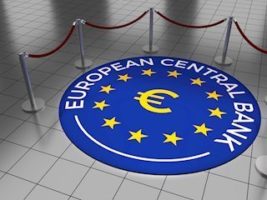 Stocks rallied on Thursday after the ECB held rates steady and extended QE until December 2017. Currently, the ECB is buying 80 billion euros a month and that will drop down to 60 billion starting in April 2017. Financials, transports, steel, industrials, materials, and other areas that are working continued to run and are now very extended by any normal measure. Stocks were strong on Friday as investors continued to send stocks higher.

Once again, central banks come to the rescue and send stocks racing higher. As always, keep your losses small and never argue with the tape.