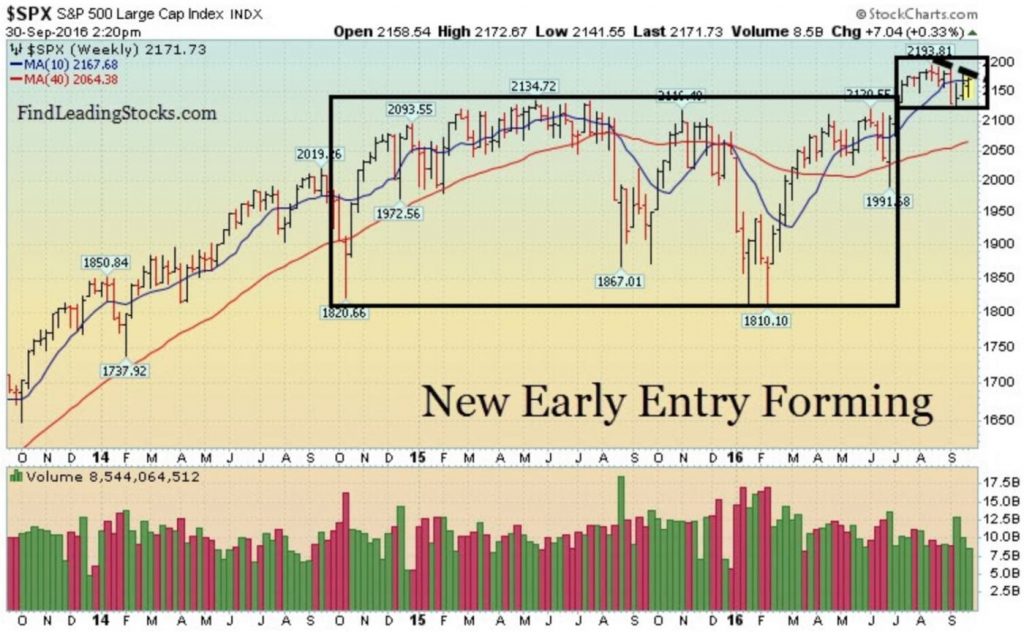 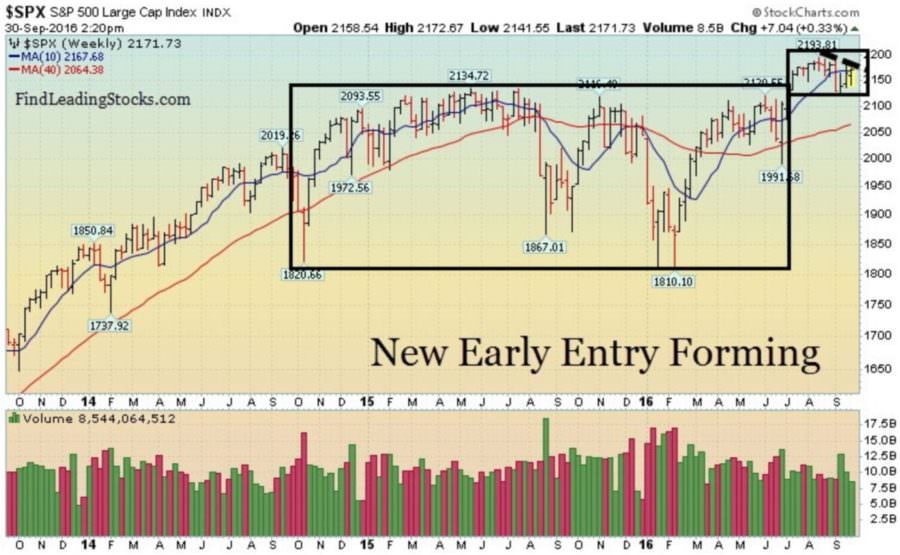 Stocks ended mixed in September and higher for the quarter.  Volatility, which had been muted since Brexit, jumped last month as stocks traded all over the map.

At this point, the big take-away is the Fed (and other central banks) stepped in for the umpteenth time and did their best to juice stocks.  On September 9th, stocks fell hard after one dovish Fed official changed his stance and became “hawkish”. The Dow fell 400 points that day and gave back the last 7-8 weeks worth of gains. The very next trading day (Hollywood can’t make this up), another Fed official came out and made the exact opposite case (for the Fed not to raise rates at their September meeting). Essentially, the Fed threw out a trial balloon and the market answered with a vengeance.

Two weeks later, the Fed did not raise rates but the market split and didn’t fully recover its big loss. Instead, leadership narrowed substantially and we entered the bifurcated market (a.k.a a split tape). The market popped after the Fed meeting but erased the gains within a few trading days. Then, one day before the quarter ended, stocks were smacked again after Deutsche Bank plunged to a fresh record low after several hedge fund clients lost faith in the German bank.

Later that day (again, I’m not making this up), Janet Yellen, the head of the Federal Reserve, came out and said, the Fed could buy stocks and corporate bonds in the next downturn. I told CNBC on Friday, “This has been largely overlooked by most, but to me it sticks out like a sore thumb,” Sarhan said. “If this doesn’t scream ‘buy,’ I don’t know what does.”

Remember, these are not “normal” times and the environment is not “easy” by any normal measure! Take your time here as there still remains a lot uncertainty with respect to the Fed, the Election, and the global economy. Looking forward, we are entering earnings season and that will likely become front and center over the next few weeks. So far, even with rates kept artificially low, earnings are projected to fall for a 6th straight quarter.

Under the surface, we are noticing a little weakness begin to kick in but all this doesn’t matter as long as the market continues to react well to all the easy money being injected into the system from global central banks. Finally, we are in an aging bull market (but still a bull market) so until it ends, weakness should be bought, not sold.

Stocks fell on Monday as investors waited for the first Presidential debate to begin at 9pm EST. The latest polls show that Donald Trump has surged in recent weeks and a Bloomberg poll released Monday morning showed both candidates were deadlocked. Economic data was relatively light, new home sales hit 609K in August vs. 597K estimate. Mario Draghi, the head of the ECB, spoke in Europe and 12 Fed heads are slated to speak this week which, at this point, is beyond ridiculous.

Stocks rallied on Tuesday after investors digested the first Presidential debate and the latest round of economic data. The S&P Case-Shiller index showed home prices were flat last month, missing estimates for a gain of 0.1%. Meanwhile, year-over-year, home prices rose by 5% which is a decent gain. A few home-builders rallied on the news. Separately, the PMI services flash index came in at 51.9, higher than the last reading of 50.9. Consumer confidence rose to 104.1, beating estimates for 98.8. The Richmond Fed Manufacturing Index fell to -8, which was higher than the last reading of -11. Stanley Fischer, the second in command at the Fed gave a speech which focused on more diversity and steered clear on policy.
Stocks rallied on Wednesday as investors digested a rather busy day. Six Fed heads spoke, including Janet Yellen, with the big headline coming from Mr. Evans. Mr. Evans said, rates should stay low for a long time, and that sparked a nice afternoon rally. Elsewhere, oil rallied after rumor spread that OPEC will cut production in November. Shares of Nike ($NKE) and Tempur Sealy International ($TPX) both fell after reporting earnings. Finally, economic data was mixed. Durable Goods Orders, were unchanged last month, beating estimates for a decline of -1.9%. Year-over-year, orders fell -1.3%, beating estimates for a decline of -4.1%. Elsewhere, MBA Mortgage Applications fell -0.7%, which was better than last week’s reading of -7.3%.

Stocks fell hard on Thursday after shares of Deutsche Bank ($DB) plunged over 6% on a report that several of its large hedge fund clients lost confidence in the bank. This dragged a slew of other financials, and the broader market, lower. Separately, shares of Wells Fargo (WFC) plunged after the CEO spent the day testifying on Capitol Hill. WFC took out Feb 2016’s low which is not a healthy sign. Before the open, the government said U.S. GDP rose 1.4% in the second quarter, beating estimates for 1.1%. After the close, Yellen said the Fed could buy stocks and corporate bonds in the next downturn which was her way of boosting stocks. The market rallied on Friday, after rumor spread that Deutsche Bank reached a settlement with the U.S. department of justice.