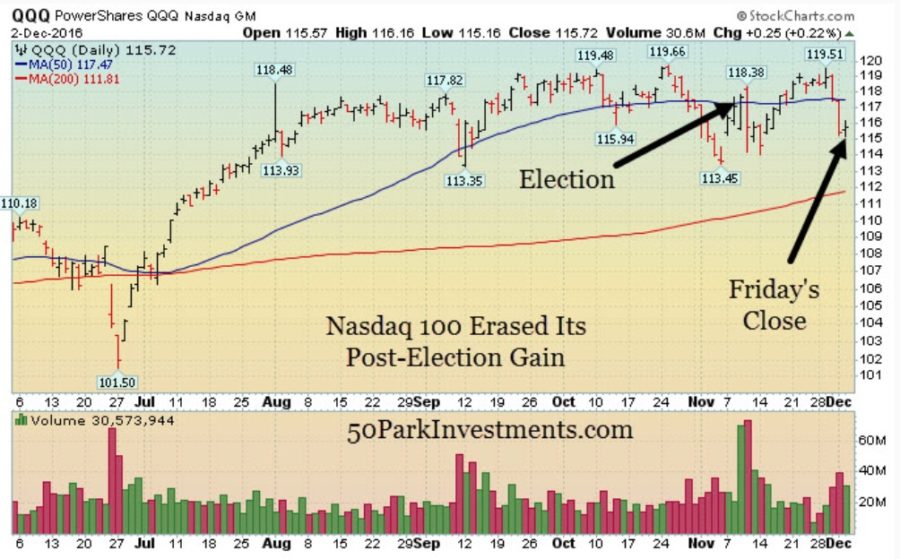 The Nasdaq composite and the Nasdaq 100 have erased all of their post election gains which bodes poorly for the market. The very split tape we highlighted for you before the election – has become a lot more split since the election. The Dow closed above 19k and ended the week higher but all the other popular averages fell.  The S&P 500 slid and closed below 2,200 and gave up most of the gains enjoyed during Thanksgiving week. Additionally, the S&P 500 negated its latest breakout (by a few points) which does not bode well for the bulls. Meanwhile, the Nasdaq composite and Nasdaq 100 are clearly lagging as several high beta/growth stocks are getting mauled since they reported earnings a few weeks ago.

On the positive side of the spectrum, financials, transports, steel, and industrials continue to lead. Keep in mind, we are approaching the end of the month, quarter and year – which is a seasonally strong period for the market. Looking forward, the next big events the market will be looking at will be the Italian referendum this weekend then the Fed meeting on Dec 13-14. 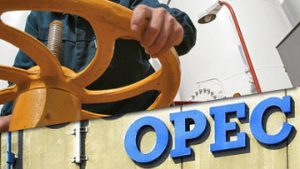 Stocks ended lower on Monday as traders returned from a shortened holiday week. The extended areas in the market began pulling back which is perfectly normal at this point. Later this week, the market has to deal with the OPEC meeting, the end of the month and the always fun and fake jobs report. Stocks closed mixed to mostly higher on Tuesday as the very strong election rally continued. Before the open, the government said GDP rose 3.2% in Q3, beating estimates for a gain of 3.1%. A separate report showed decent data for the real-estate market. The S&P Corelgoic Case-Shiller Home Price Index rose 0.4%, matching estimates for 0.4%. Finally, consumer confidence came in a t 107.1, easily beating estimates for 101.

Elsewhere, oil prices fell 3.5% after Russia’s Energy Minister Alexander Novak said he will not attend the highly anticipated OPEC meeting on Wednesday. He did say that Russia is ready to discuss potential co-operation with OPEC if the group of oil-producing countries strikes a deal to cut output. Russia is a big producer of oil and their lack of interest in cutting production may derail OPEC’s plan to cut production. 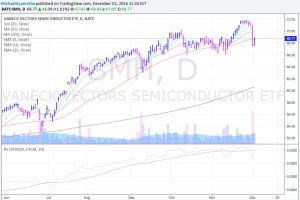 Stocks were mostly lower on Thursday as heavy selling showed up in the tech sector for the second straight day which dragged the market lower. The tech heavy Nasdaq 100 and many semiconductor stocks fell in heavy trade and broke down below key levels of support (see SMH chart to the right).  In fact, the Nasdaq 100 has erased all of its post election gains. Financial stocks were strong for most of the day but the rest of the market was weak.  Traders digested a slew of economic data. Weekly jobless claims came in at 268K, missing estimates for 253K. PMI manufacturing index came in at 54.1, beating estimates for 53.9. The ISM manufacturing index came in at 53.2, beating estimates for 52.3. Meanwhile, construction spending came in at 0.5%, missing estimates for 0.6%.

Stocks were very quiet on Friday as the beaten down areas of the market (mainly the Nasdaq 100 and high beta stocks) stopped going down and bounced from deeply oversold levels. Before Friday’s open, the government said U.S. employers added 178K vs. 175K estimate while the headline unemployment rate fell to 4.6% vs. the 4.9% estimate. Wages, however, slumped to 2.5 percent. Also on investors’ radars was the Italian referendum, scheduled for Sunday. Italian Prime Minister Matteo Renzi is doing his best to change the constitution so the executive branch will only need approval from parliament’s lower house in order to pass laws. He wants to change the laws to stimulate Italy’s lackluster economy.

Once again, the tape remains very split. That tells us to exercise caution up here as the market consolidates its recent rally.  As always, keep your losses small and never argue with the tape.